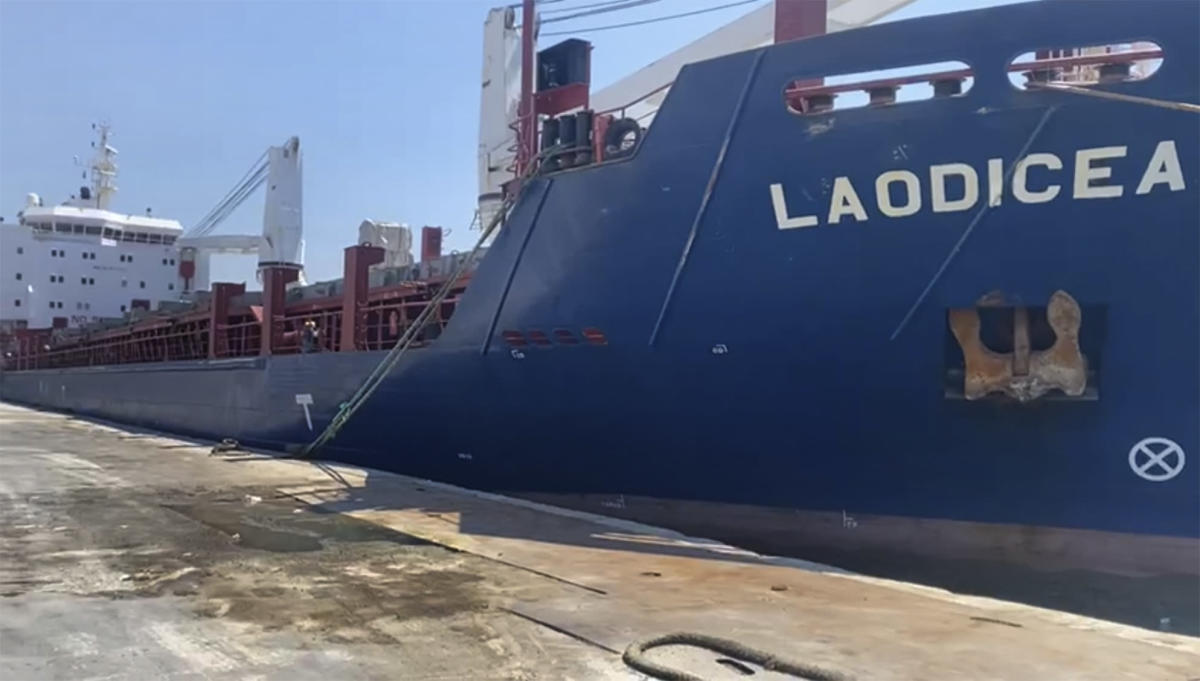 Lebanon appeared Friday to reject claims by the Ukrainian Embassy in Beirut that a Syrian ship docked in a Lebanese port is carrying Ukrainian grain stolen by Russia, following an inspection by Lebanese customs officials. A senior Lebanese customs official told The Associated Press that there was “nothing wrong” with the cargo of the Laodicea, which docked in the Lebanese port of Tripoli on Thursday, and that its papers were in order. The controversy surrounding the ship has underscored how Lebanon, a tiny Mediterranean country bordering Syria, has been in the crosshairs of Russia’s months-long war in Ukraine.
SOURCE: https://news.yahoo.com/lebanon-rejects-ukraine-claim-stolen-165151306.html