The concept of receiving an income from the government without having to lift a finger has only recently become a possibility. Although the idea of providing people with a stipend has been around for a few centuries, it has recently garnered more interest, partly due to the financial distress caused by COVID-19 lockdowns.

Table of Contents
1. The history of UBI
2. Application of UBI today
3. Experiments and research
4. The road ahead

The history of UBI

The basic concept of UBI is that a government will provide a regular amount of money to citizens without any criteria needing to be met. The payment could be enough to live off – full basic income – or merely a contribution to living expenses – partial basic income. It’s not a new notion, dating back to the 16th century, when Thomas More theorised a tax system which would provide all people with an income. The idea faded until the early 1900s, when UBI was proposed by Bertrand Russell, C.H. Douglas, and Dennis and Mabel Milner. There were some attempts to apply some principles of UBI, including the concept of negative income tax, which would use taxes paid by wealthier citizens to provide the poorer with a basic income.

Although the issue of UBI has been debated for many years, it is not a reality. Governments can provide grants to the elderly, disabled people or the unemployed, but the only country to make an attempt to implement UBI more broadly is Spain, having taken the decision in the face of the looming COVID-19 financial crisis.

Spain already had schemes providing subsidies to the jobless, among others but was spurred into action by the massive job losses caused by lockdowns. Although the plan, termed Minimum Living Income (IMV), has been hailed as great progress by some, the reality is that most households receiving it already exist in extreme poverty.

There has been an increasing interest about UBI and its practical potentials. In 2016 Switzerland held a referendum on the introduction of a basic income, but it was not popular enough to be set in motion. Only 23.1% of voters were in favour of UBI, but the concept has not been permanently shelved.

In 2008 and 2009, Namibia introduced a basic income in two villages, Otjievero and Omitara, which had good results, but also caused increased migration to those locations, even by foreigners who weren’t eligible to receiving the grant. The conclusion: UBI must be applied, as the name suggests, universally, in order to avoid such issues. Various governments around the world have instated some kind of basic income policy temporarily, but none have introduced a solid and continuous program.

The world is moving towards automation of many jobs that currently provide millions of workers with an income, which is forcing governments to consider the best playing odds and look at the potential necessity of a basic income. There are arguments both for and against UBI, with concerns about the massive cost – possibly in the range of trillions of dollars. On the other hand, it is hard to understand a world in which billionaires hoard wealth while others starve to death.

Fri Mar 26 , 2021
Kirsten Gillibrand was the first Democratic senator to call for her colleague Al Franken’s resignation in 2017 as he faced allegations of sexual misconduct, building a profile as a leading advocate for women that became the centerpiece of her 2020 presidential bid. In a series of statements, Gillibrand has said […] 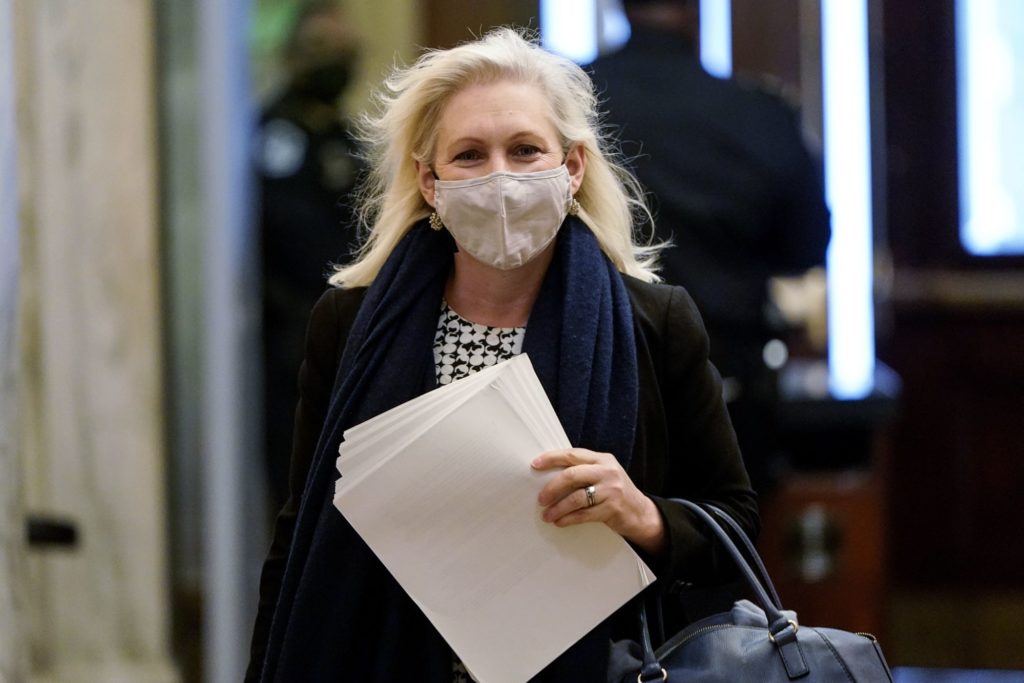