Law enforcement has for years sought an equivalent to the breathalyzer for marijuana use. While testing for alcohol in the blood stream is relatively accurate, determining when a driver is intoxicated due to marijuana use is not so simple. The amount of THC in the lungs is miniscule, and can remain much longer than alcohol will stay in the blood stream. These dual challenges make it difficult to determine not only when a driver used marijuana, but also if they are even under the influence of it at the time of the arrest.

Two different sets of scientists now allege that the era of accurate marijuana breath tests is on the verge of becoming a reality. While there is little doubt that these devices will be hit the market soon, the jury is still out on whether or not they will are reliable enough to serve as evidence of guilt in a criminal trial.

Challenges that Come with Marijuana Breathalyzers

Finding a reliable marijuana breathalyzer has been elusive to date. While detecting the presence of THC in a person’s body has long been possible, the presence alone is not evidence of intoxication. Ultimately, the legal standard requires that the state show not only that cannabis is in the system of a driver, but that its presence caused the driver’s intoxication. This is more difficult than with alcohol. While alcohol metabolizes quickly, traces of marijuana linger in a person’s system long after the effects wear off.

Advances in technology could result in measurable levels of THC through breathalyzer tests. But will the ability to measure THC really make any difference in a DWI case?

What Does Measurable Levels of THC Mean?

Many legislators hope that a reliable marijuana breathalyzer will allow for enforcement options that are similar to drunken driving statutes. This includes establishing “per se” THC limits that can be tested objectively, similar to the blood alcohol concentration of an alcohol breathalyzer. Unfortunately, scientists have not conclusively determined exactly how levels of cannabis consumption impact a motorist’s ability to drive.

The studies involving the effect of cannabis consumption agree that it impacts a driver’s motor performance and response time just like alcohol. Where studies disagree is how to classify impairment from marijuana. Because of this, it is impossible to articulate an objective legal standard similar to BAC limits.

Popular Post:  7 Useful Tips that will Help You Boost Your Travel Savings

There are other factors that complicate testing drivers for cannabis compounds like THC. These compounds do not behave the same way as alcohol when it enters the body. The effect THC can have will vary depending on the way it is absorbed into the body. Additionally, there are varying strains of marijuana that can have different levels of potency. Finally, the body’s endocannabinoid system can react differently to the effects of marijuana.

There are two competing groups of scientists competing to bring a THC breathalyzer to market. The first of these two groups is the tech startup known as Hound Labs. Founded in 2014, Hounds Labs has been working to develop a THC breathalyzer since their inception. To date, they have completed two clinical trials. The second trial, ran by scientists at University of California San Francisco, resulted in the breathalyzer detecting THC molecules at miniscule levels.

According to Hound Labs, the trial result also proved that their device could identify the timeframe when the test subject last used marijuana. The research suggests that every person tested showed their THC levels drop to below five percent of their peak measurement within three hours of smoking marijuana. This standardized drop could be used to extrapolate how recently a person ingested marijuana, which could allow for some type of per se legal limit for marijuana intoxication.

Although Hound Labs has a head start and millions of dollars of private funding, a second group has also entered the race to create a workable marijuana breathalyzer. Engineers from the University of Pittsburgh published a study in the journal ACS Sensors in 2019 outlining their approach to a marijuana breathalyzer.

The device designed at the University of Pittsburgh is very different from that used by Hound Labs. This design relies on tiny carbon nanotubes to track a small amount of THC molecules in a breath sample.

This cutting-edge technology “teaches” the nanotubes within the breathalyzer to identify the presence of THC based on the recovery time of electrical currents. The developers claim that the tests are accurate even when other substances—including alcohol—are present. It remains to be seen if this device can match the accuracy of the Hound Labs machine, and the developers from the University of Pittsburgh are not as far along in the process.

Popular Post:  My Ex Won't Let Me See The Kids! What Can I Do?

There are many questions that remain regarding how valuable these tests might actually be in detecting and deterring intoxicated drivers. Be that as it may, states are moving forward with efforts to use marijuana breathalyzers in a real-world setting.

In May of 2020, Oklahoma became the first stay to confirm its participation in a pilot program for marijuana breathalyzers. The program will use the technology created by Hound Labs, and the state has already dedicated more than $300,000 to the pilot program. While the program has not yet been implemented, legislators anticipated the state could roll it out no later than May of 2021. It remains to be seen what impact the coronavirus pandemic might have on this time frame.

This is a limited pilot program that is only funded for a short period of time. There is no guarantee that Oklahoma will adopt the use of these devices. In fact, it would take additional legislation to not only fund the program but also authorize law enforcement agencies to make use of the devices.

While no one wants to share the road with intoxicated drivers, it is vital that more research is conducted before states aggressively pursue DWI arrests and convictions based on these devices. For now, it remains to be seen if the results of these tests truly show a dangerous level of intoxication.

The article was written with the help of Kyle Dreger, a skilled DUI/DWI and Criminal Defense lawyer at Gerald Miller P.A. Kyle has received his law degree from the University of St. Thomas School of Law. He is also a professionally trained basketball player.

5 Amazing Drinks You Haven't Tasted Yet

Fri Jan 15 , 2021
Do you think you have tried it all, from the classiest wines and the booziest cocktails and from the fancy drinks to the local concoctions? But, have you ever tried something called a ‘Short Trip to Hell’? Or, did you ever sip on ‘Archie Rose’? It turns out there are […] 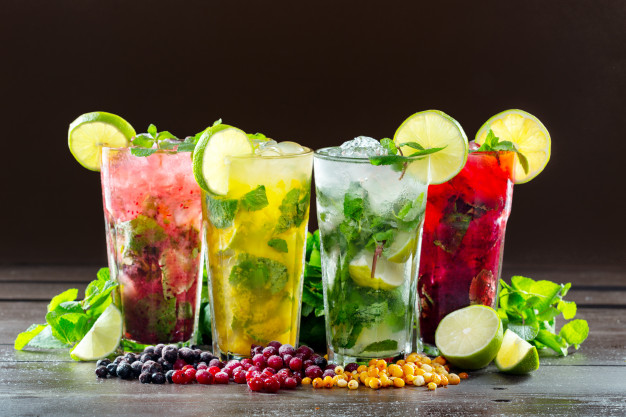