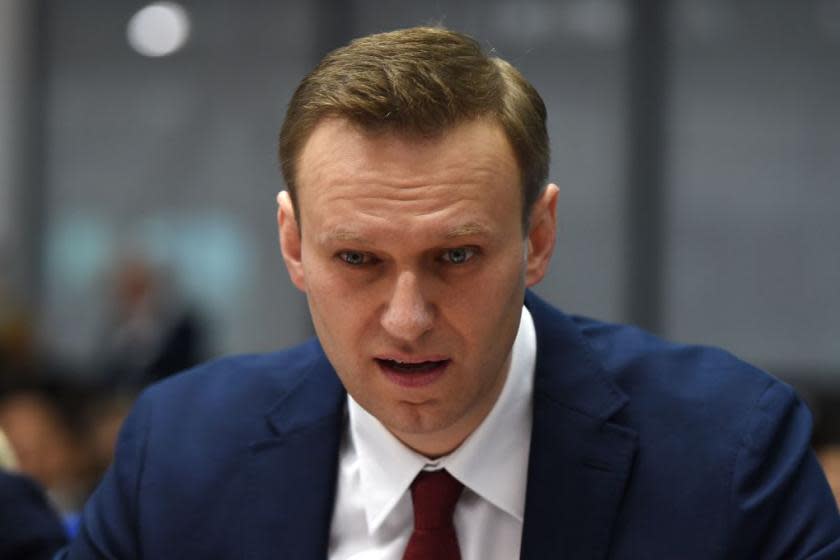 Russian opposition leader Alexei Navalny on Saturday posted a photo to his Instagram account in which he is walking down a flight of stairs as part of his recovery after he was poisoned last month.

In the photo’s caption, Navalny, one of Russia’s most prominent Kremlin critics, wrote that he has a “clear path” to recovery, but suggested it will be a long one. He was removed from a ventilator five days ago and said he is still having trouble climbing stairs, pouring water, and using his phone. Still, he has apparently made significant progress since, he said, he was previously considered only “technically alive.”

Navalny fell ill in August while in Siberia and was airlifted to a hospital in Berlin while in a coma. Multiple labs in Europe have confirmed he was poisoned by a Soviet-era nerve agent called Novichok. His supporters suspect Russian President Vladimir Putin was behind the assassination attempt, but Moscow has denied any involvement and has accused Navalny’s aides of removing evidence, jeopardizing the official inquiry into the poisoning.

The Race of Best Antivirus Norton Vs Bitdefender

Thu Jan 14 , 2021
Nowadays, finding a good antivirus for your system has become a difficult task. If you are an individual or a business person you need antivirus protection for your PC system. Norton and Bitdefender are the two most popular antivirus companies. In this article, we will take a look at Norton […]