It’s no secret that cryptocurrency is on the rise. A hundred years ago the concept of digital money would have been dismissed as lunatic eccentricity, but in 2022 it’s looking more and more like crypto will overtake traditional currency in the not-so-distant future.

In a speech in February 2022, IMF Managing Director Kristalina Georgieva described the banking world’s relationship with digital currency as “beyond conceptual discussions… [and] in the phase of experimentation.” She was referring specifically to the development (or proposed development) of Central Bank Digital Currencies (CBDCs), and how central banks are preparing to navigate their way through these unchartered waters.

Table of Contents
1. The leap from paper to digital
2. IMF and banks wary
3. The way forward

The leap from paper to digital

Many of us are under the impression that virtual currency is a 21st century invention. It was first conceptualised in the 1980s, however, and although many still aren’t familiar with its workings, the metamorphosis of “cyber cash” has been underway for many years.

The line between cryptocurrency and “real” money is still a contentious issue, especially when it comes to central banks. Bitcoin, for example, which is a decentralised digital currency, is seen by the IMF as a potential threat – an ethereal concept in comparison to hard cash. However, it’s being accepted by a growing number of entities, from FedEx to sites that offer the bingo Canada loves.

Popular Post:  Turn Any Home Into a Smart Home with these Helpful Gadgets

Some nations, like Nigeria and the Bahamas, have already launched their own trials with CBDCs. While central banks and international financial institutions have their reserves about cryptocurrency, the compromise – centralised digital currencies backed by established banks – aims to reap the benefits of crypto without the risks.

The universal adoption of cryptocurrency could be a valid cause for concern for banks. In a recent article CoinDesk columnist David Z Morris characterised the conflict between the IMF (among other financial institutions) and crypto as a power struggle. Banks’ authority has been challenged by digital currency, as the system does not rely on an external power.

Whether or not central banks are morally justified in their apprehension – or opposition – largely depends on one’s perspective. Some critics see the IMF as a controlling institution that has damaged the economies of low- and middle-income countries – a logical reason for their anti-crypto stance, but not an ethical one, some believe.

The Federal Reserve System (Fed) acknowledged the benefits of virtual money (including reduced costs and greater accessibility), but has expressed concern that traditional banking transactions may be overtaken and rendered obsolete. Some predict that this spells disaster for the existing central banking system.

Popular Post:  5 Reasons Why You Should Develop a Mobile App for iOS Platform?

There is unfortunately no one answer or magic solution to ensure that the widespread introduction of cryptocurrency is beneficial for all parties, including different betting purposes like FIFA World Cup betting. Like politics, the financial state of the world is forever a source of conflict. When it comes to virtual money, the scepticism of established institutions is unavoidable – crypto challenges their long-held authority, for good or bad.

When it comes down to it, institutions such as the IMF and central banks will be forced to accept the presence of cryptocurrency and adapt as best they can. Traditional monetary systems may be familiar, but the push towards digital is growing in strength by the day.

Fri Jul 29 , 2022
Richer countries failed to keep a $100 billion-a-year pledge to developing nations to help them achieve their climate goals, according to an analysis by the Organization for Economic Cooperation and Development, or OECD. $83.3 billion in climate financing was given to poorer countries in 2020, a 4% increase from the […] 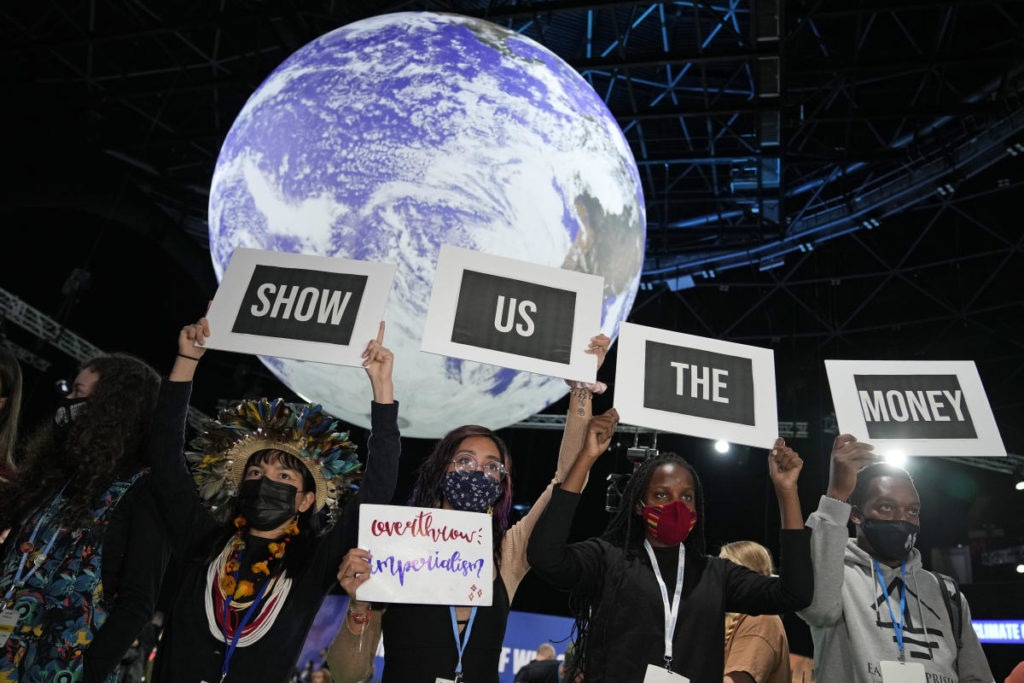