With the gradual transition of customers from websites to mobile apps, the competition in mobile app design is fierce. Every business now wants to grab the user’s attention and retain its customers through engaging mobile apps.

Studies find that 90% of the user time spent on smartphones is on mobile apps. Be it for banking, shopping, trading, or for other professional and personal purposes; mobile apps are now the prime go-to destinations.

Interestingly, the reign of mobile apps shows no signs of slowing down. Reports also indicate that by the upcoming year, annual downloads of mobile apps might reach 258 billion. It is as much as a 45 percent spike in contrast to the statistics of 2017.

Such trends show an imminent need to understand the technologies that would help create the best of mobile apps that help stay at the top amidst this app wave.

Here are 5 technologies used for creating robust mobile apps in the upcoming year.

Java is officially the most preferred language for app development. It scores high in terms of its detailed documentation and community support.

Despite the entry of many technologies, Java stays atop mobile app technologies. The secret is that most such new technologies are also built of Java or use Java APIs at some stage.

Java also boasts of many open source libraries and the IDE Android Studio that makes app coding a smoother experience.

Even companies like salesforce use proprietary Java syntax-based programming language as Apex for their AppExchange app development.

Moreover, the android platform itself is designed partially on Java. It makes Java unbeatable technology to design Android mobile applications.

Some of the popular apps designed using Java:

Swift is one of the trending platforms in mobile app design. Known for its robustness, Swift offers clean syntax and readability for designers. Upgrading code is simpler with Swift. Its technical documentation is elaborate and guides developers to design next-gen apps.

Swift’s inbuilt bug tracker and reporting system send bugs and issues to Apple automatically. This feature boosts the development and debugging time and makes life easier for developers. Swift is also one of the most preferred tools for developing iOS-based apps.

Some of the popular apps designed using Swift:

Often called the Official Language of Android, Kotlin is the preferred choice for Android mobile app developers. The beauty of Kotlin lies in the fact that it needs fewer lines of code compared to other languages. This feature makes it easy to code, debug, or change the code swiftly.

Kotlin also offers better application security and lesser instances of application crashes. The app development time is lesser with Kotlin thanks to its fewer lines of code requirement. With its seamless integration with Android Studio, Kotlin offers the best app-designing experience.

Some of the popular apps designed using Kotlin:

The versatile language Python is another top pick for mobile app development. The platform is known to offer a simple and seamless design experience to developers. Being a multi-paradigm platform it lets developers unleash their creativity in building apps using multiple approaches.

Python helps design scalable apps. This is the reason why most start-ups prefer Python for their mobile apps.

Its intensive library and excellent support community make even a newbie learn the language with ease. No wonder many of the world’s most used and expansive apps are built on Python.

Some of the popular apps designed with Python:

For designing a cross-platform-dependent app, Flutter is an oft-preferred technology for developers. Flutter eases the design of UI and widgets compared to its counterparts. It comes with Dart, a C-like compiling language, and this makes trans compilation simpler.

A unique aspect that sets Flutter apart is its feature that displays code changes. Developers can escape the need to recompile the code to see the recent changes. It speeds up the coding, execution, and debugging that helps app-makers.

Some of the popular apps designed with Flutter:

The traction of mobile apps is here to stay. Businesses and developers should study the application needs and choose app-designing technology based on their present as well as future needs.

Gone are the days only when big businesses focused on building their apps. Businesses of every size are now focusing on making their presence on app platforms. This makes it indispensable for developers to design apps that can sustain the user base while also making their mark amongst their counterparts.

These mobile app technologies if blended with the concepts of Machine Learning, Augmented Reality, Blockchain, Artificial Intelligence, etc. can pave the way for future-gen mobile apps that have a higher potential to work wonders.

One thought on “5 Technologies Used For Creating Robust Mobile Apps”

5 Ways To Get Your Art Noticed Fast

Fri Sep 25 , 2020
For an artist to draw attention from the media may seem more challenging than painting a Salvador Dali. Finding the right audience for a work of art is the foremost need to gain popularity amidst the classes and art appreciators. In the age of social media and press, an artist […] 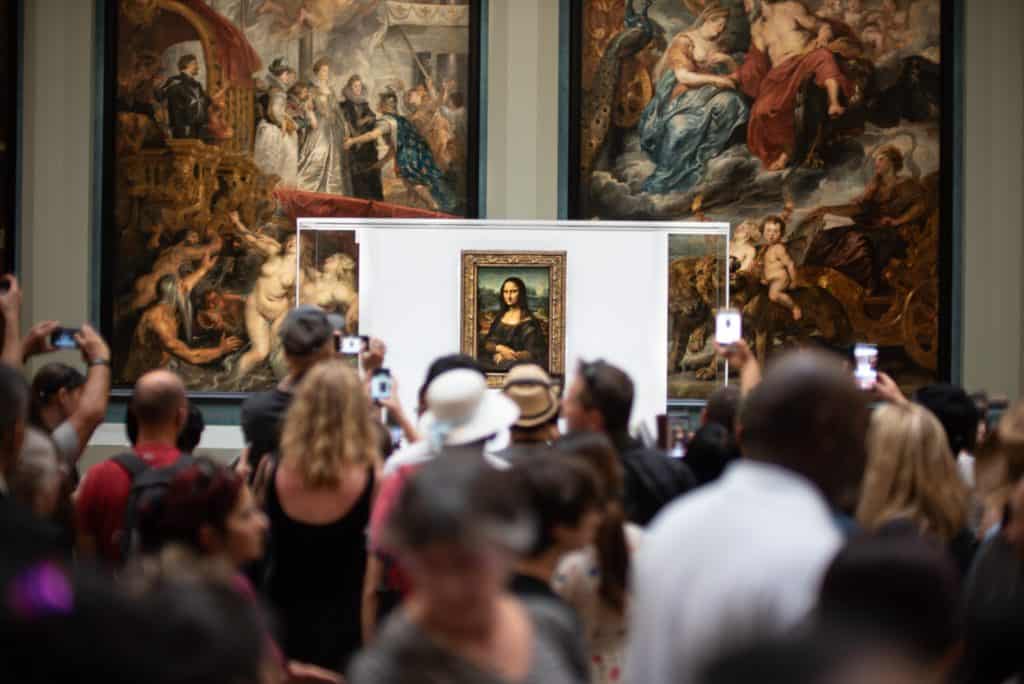