Drunk driving has been a long-running problem that has taken the lives of thousands of people the world over.

In the United States alone, approximately 30 people die in drunk-driving crashes, according to the National Highway Traffic Safety Administration (NHTSA). The same agency, however, says the number of drunk driving deaths has been cut by a third in the last 30 years.

Much of the reduction in drunk driving deaths can be attributed to the strategies that the government has implemented to reduce or prevent people from driving while under the influence of alcohol and other substances.

On top of intensified mass media campaigns and stricter driving under the influence (DUI) laws, all states have also implemented statutes requiring an interlock installation in the vehicles of DUI offenders.

Several studies say that ignition interlock devices (IID) have been instrumental in reducing alcohol-related crashes, making them one of the most effective tools in the campaign against drunk driving.

What Exactly Is An Ignition Interlock Device?

Are you familiar with a breathalyzer, the portable device that police officers use to take breath samples from suspected drunk drivers?

An IID is a breathalyzer itself but hardwired to the engine of a DUI offender’s car.  Its primary purpose is to prevent DUI offenders from starting their vehicle and driving off if their breath samples yield a blood alcohol concentration (BAC) at or above a pre-set low limit.

A standard IID is typically made up of the following parts:

The Costs That Come With An Ignition Interlock Device

A DUI conviction doesn’t come cheap. On top of the hefty fines, you can also expect to spend more for a court-ordered IID installation.

Popular Post:  What are the Benefits of the Green Homes Grant Scheme?

The installation fee alone will cost you anywhere between $50 to $150, depending on the make of your car and the company that leases you the device and installs it.

There will also be monthly fees, which means the longer you’re ordered to have the device in your car, the higher your costs will be. Monthly IID monitoring and maintenance may cost you $50 to $150.

The removal of your device is a happy moment, but you will still have to spend approximately $50 to $150 to get it done.

How Does An IID Work?

The steps required to operate an ignition interlock device are quite simple. Should you find yourself getting convicted of a DUI offense and ordered to install one in your vehicle, here’s an overview of how it’s supposed to work:

Step 1: Insert the key into the ignition, and turn it into the “ON” position. For those with push-button ignition cars, press the button once but refrain from putting your foot on the brake pedal.

Step 2: When the display of the handheld alcohol sensor unit says, “blow,” wrap your lips tightly around the mouthpiece, inhale deeply, and blow steadily into it. The device will then proceed to analyze the sample.

Step 3: Check the screen to see your results. If it displays a BAC below the preset limit in your state (usually 0.02%), you can start your car and drive. A BAC at or higher than 0.02%, on the other hand, means your vehicle will not start, thus preventing you from hitting the road with alcohol in your system.

Step 4: If you passed the initial breath test and managed to drive your vehicle, expect to do steps 1 through 3 again within seven to 15 minutes. That’s because most, if not all, IIDs are designed to perform what is dubbed as “rolling retests,” which aim to ensure that you are not drinking while driving, or did not have somebody sober provide a breath sample at the onset just to get the car to start.

You’ll know a rolling retest is up when the device sounds an alarm or flashes an on-screen notification. Contrary to what some people think, a rolling retest does not mean that the device will automatically stop the car while driving. Once the device alerts you, you will be given time to find a safe place to pull over and do the breath test again.

State regulations dictate the frequency of the rolling retests.

What An IID Records

An IID is also a recording device capable of storing various types of data.

Depending on your state, your IID terms as laid out by the Department of Motor Vehicles (DMV) or the Court, and the device, the IID in your car will record an assortment of information which may include:

Your monitoring authority will use all collected data to decide whether it’s time to remove the IID or extend the interlock period.

Once you sign up for an ignition interlock program, you are bound to follow a set of regulations for the entire duration. Any violation of these rules, which may range from failing rolling retests to being arrested for another DUI, could lead to any or all of the following consequences:

These are just some of the things you need to know about ignition interlock devices. They are, for the most part, inconvenient and costly. However, if they stop people from driving while alcohol-impaired, then compelling DUI offenders to install it in their cars will be worth it on multiple levels.

Study in Australia Now Made Easy with Edugate Educational Consultant

Wed Jul 29 , 2020
Edugate are the educational specialists for international students that want to study in Australia and their services now make it easy for those wanting assistance to do this. Depending upon your education needs and goals, Edugate will assist look for the best school, college, or university to study, because of their ongoing […] 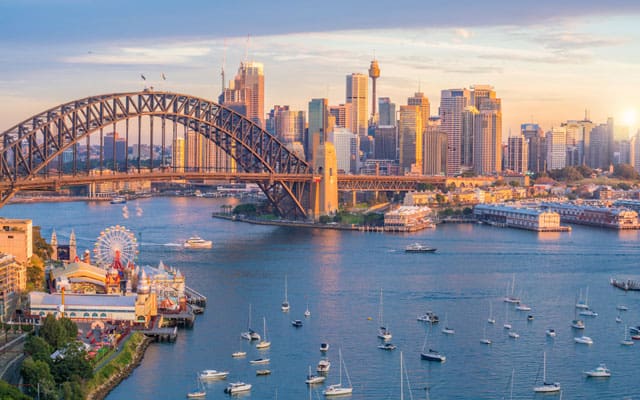